As everyone who is a fan of any of his shows already knows, Anthony Bourdain loves ceviche.. Me, personally, not so much..  I mean – it is raw fish – in juice.. Or at least that’s what I thought it was after a particularly nasty encounter in Buenos Aires..

But one of the members of my “Away Team” convinced me to give it another shot..  Since, rumor had it – “Anthony Bourdain recommends the ceviche at stall #2 in the fish market.” Logically it seemed like sound advice – where better to re-attempt ceviche than a place named “Abundance of Fish”.. 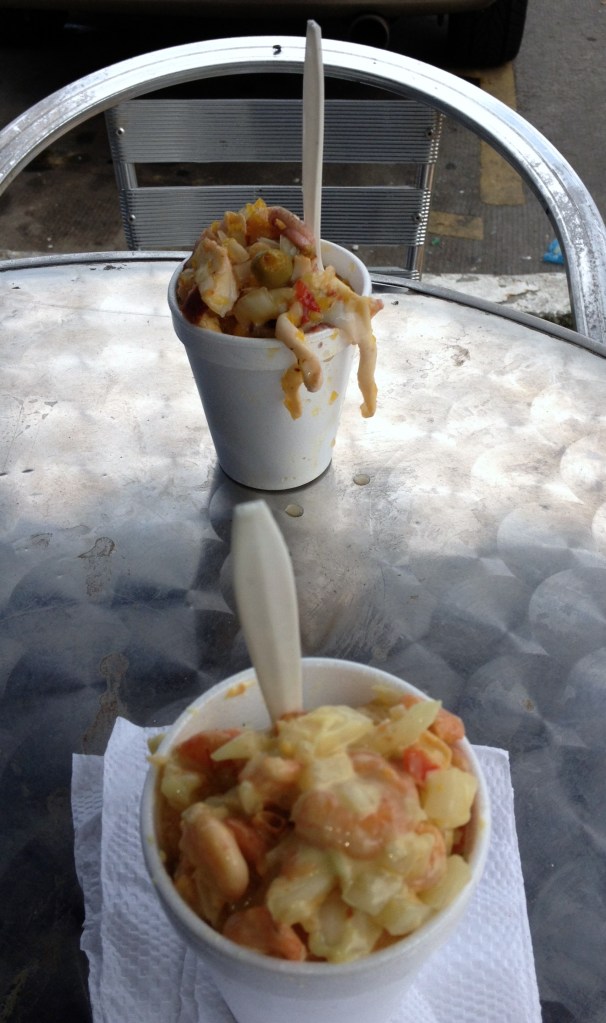 type different varieties of ceviche from the famed stall #2.

Anthony’s right – it was delicious..

One thought on “Ceviche with Anthony Bourdain in Panama City”